Origins of the Chainsaw ǀ From its Invention to Modern Times

Chainsaws are powerful tools for cutting wood. This is how we’ve come to know these machines. However, the history of the chainsaw is quite a fascinating story. Not at all what we may have originally thought.

The invention of the Chainsaw

There seems to be a bit of a controversial debate as to whom should be credited with the invention of the first chainsaw. One fact cannot be disputed, the chainsaw was originally used as a medical instrument to cut bone.

Before modern surgical techniques were developed, surgery and childbirth were often treacherous and dangerous. While the caesarian section is now a relatively common practice, it was not always that simple. In earlier times, if a baby was too large to pass through the birth canal, bone was removed by cutting it. Before the invention of the chainsaw, this was done using a small knife. This rather primitive procedure was both time-consuming and extremely painful.

It is widely accepted that the first chainsaw was invented around 1780 by two Scottish surgeons, James Jeffray and John Aitken. There was an argument about which of these two men should actually take credit for inventing the first chainsaw. Historical accounts accept that both inventors deserve credit.

While technically a chainsaw, this early version did not resemble the modern tool. The invention that Jeffray and Aitken conceived was a flexible saw. It consisted of a chain with fine serrations which made it easier for surgeons to cut through diseased bone in difficult areas, like around the knees and elbows. Essentially, this was a chain that could cut bone, its greatest attribute being its flexibility, making complicated surgical cutting easier.

The chainsaw, as we know it today consists of a bar with a chain that moves along it. Attached to the chain, are blades that move with the chain. The first saw to use a bar and chain to move a blade, the Osteotome, was also designed for cutting bone. More specifically, the pelvic bone during childbirth.

It wasn’t until 1830, that the German orthopedist, Bernhard Heine invented a machine that resembled the modern chainsaw – the Osteotome. This tool consisted of a chain that would propel a blade when the operator turned a hand crank.

This was the invention that revolutionized the way surgeons cut bone and made childbirth more bearable for large babies. It was also the inspiration for the modern chainsaw that we now use for cutting wood. Though it was to be almost a century before the chainsaw, as we know it, would be invented.

Evolution of the Chainsaw

In 1905, Samuel Bens obtained a patent for the “endless saw”. This was, essentially, the first concept of a modern chainsaw used to cut wood. The invention used a bar, along which a chain was guided. The chain had cutting teeth attached to it. This is the principle behind all chainsaws that followed.

The endless saw was not portable, it was designed to cut giant redwood trees and had wheels for mobility.

The invention of a portable chainsaw was the beginning of the modern tools that are now common. Although the first portable chainsaw was larger and more cumbersome than modern machines, requiring two operators, it was a practical solution. The best for its time. The first patent for this invention (1918) belonged to a Canadian Millwright, James Shand.

Shand made the error of allowing his patent to lapse, whereupon the German manufacturer Festo (now known as Festool), took over the development of his invention in 1933. Until World War II chainsaws were almost exclusively developed and manufactured in Germany. Andreas Stihl invented the first portable electric chainsaw in 1926.

When WWII caused supply disruptions for chainsaws to North America, US entrepreneurs began developing chainsaws locally. The most notable of which would be Claude Poulan. Now a well-known name in chainsaw industry, Poulan revolutionized the design by developing the bow guide in 1944. This allowed for the first single-operator chainsaw.

After WWII, chainsaw manufacturing became international business, and they are now manufactured around the world by numerous brands. Whilst the original design has been refined, the basic principles of the very first chainsaws remain. Today, chainsaws are more compact and lightweight than early machines and are powered by gas, a corded electric motor, or cordless (battery-powered) motor. 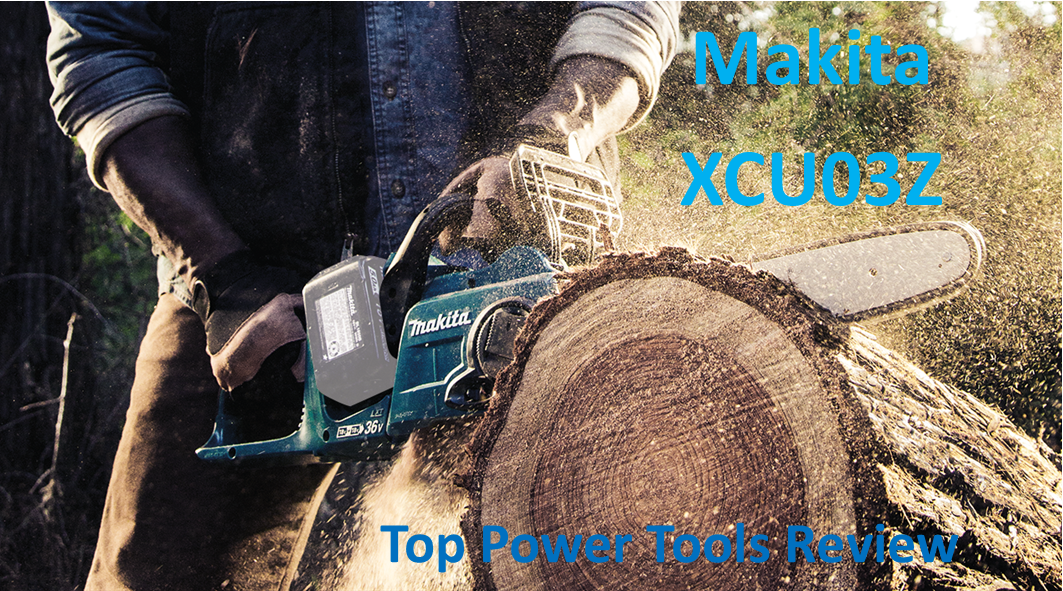