Inverter Generators ǀ Are they worth paying extra for?

Read all about the Best Inverter Generators for 2020 in our latest Review.

What is an inverter generator?

An inverter generator has the same basic components as a standard generator, an engine powered using gas, diesel, or propane, and an alternator. An alternator generates an Alternating Current (AC). The voltage is usually controlled using an Automatic Voltage Regulator (AVR). While an AVR is apt at maintaining a relatively stable voltage, it does not monitor or control the frequency. In addition to this, an AVR is better at protecting equipment from overcurrent resulting from high voltage; but is less effective at compensating for undercurrent or low voltage. Changes in voltage and frequency result in Harmonic Distortion (HD). I’ll discuss HD in more detail later as it’s one of the most important topics with regard to inverter generators. For now, we just need to understand that HD has a negative effect on electric equipment and will eventually cause many appliances to fail.

To prevent HD, an inverter generator supplies the electric outlets through an inverter, instead of directly from the alternator. The AC power supplied by the alternator is first converted into Direct Current (DC) using a rectifier. Direct Current is easy to control and is therefore more stable than AC. The inverter then converts the current back into AC power. This is known as double conversion.

It may seem like an unnecessarily complicated way of doing things, but there’s method in this madness. When the inverter converts the current back into AC power, a computer management system monitors the sine wave, ensuring that the Total Harmonic Distortion (THD) remains at a reasonable level, typically less than 3%. This is achieved by using transistors and capacitors to create a pure sine wave.

What is Harmonic Distortion?

A sine wave represents the oscillations as an alternating current moves from a state of high charge to a neutral state. The amplitude (height) of the sine wave is determined by the power or voltage (V). The width of the wave is determined by its speed or frequency (Hz). Any changes in voltage and frequency will cause a distortion in the sine wave, known as Harmonic Distortion (HD).

Total Harmonic Distortion (THD) is calculated by using the first wave in a series as a constant, whereby all subsequent waves are compared. Any difference in the waves to follow the initial wave are represented as a percentage of the total. As a general rule, THD higher than 5% is considered a possible risk to electronic equipment and will also affect the efficiency of electric motors.

An electronic circuit that is connected to a power supply with high THD will perform erratically. This could be a distorted image on a screen or interference in sound quality. Any electronic device exposed to repeatedly high THD will fail prematurely.

Total Harmonic Distortion is usually caused by a high load demand and is most noticeable when using a portable generator, due to the lower generating capacity. When a portable generator exceeds 70% of the rated load, THD will increase and can be as high as 25%, sometimes more. Non-linear loads, like inductive electric motors (used in pumps, refrigerators, and air conditioners) will also increase THD. Other examples of non-linear load would be microwave ovens and fluorescent lights.

Any of these factors, independently or in combination, will cause a portable generator to experience THD. Improved alternators, used for more expensive portable generators, will be able to handle these conditions without experiencing high THD. This can be as low as 5% THD. Though these will have a higher output, typically more than 8,000W and even then few can achieve <5% THD. Large, low THD generators capable of producing low THD (<5%) are rare and expensive.

Why use an inverter generator?

Since just about every modern appliance uses a microprocessor, they will be negatively impacted when a generator produces high THD. So, the obvious benefit to using an inverter generator is to protect your appliances from damage and ensure that they function efficiently.

There are several additional benefits to inverter technology. Fuel economy is improved by the addition of an economy switch. An inverter is able control the voltage when the engine speed is reduced. This means that the generator can run at a lower RPM when the load demand isn’t too high – usually less than 25% of the rated output. This reduces fuel consumption and low RMP means less noise. 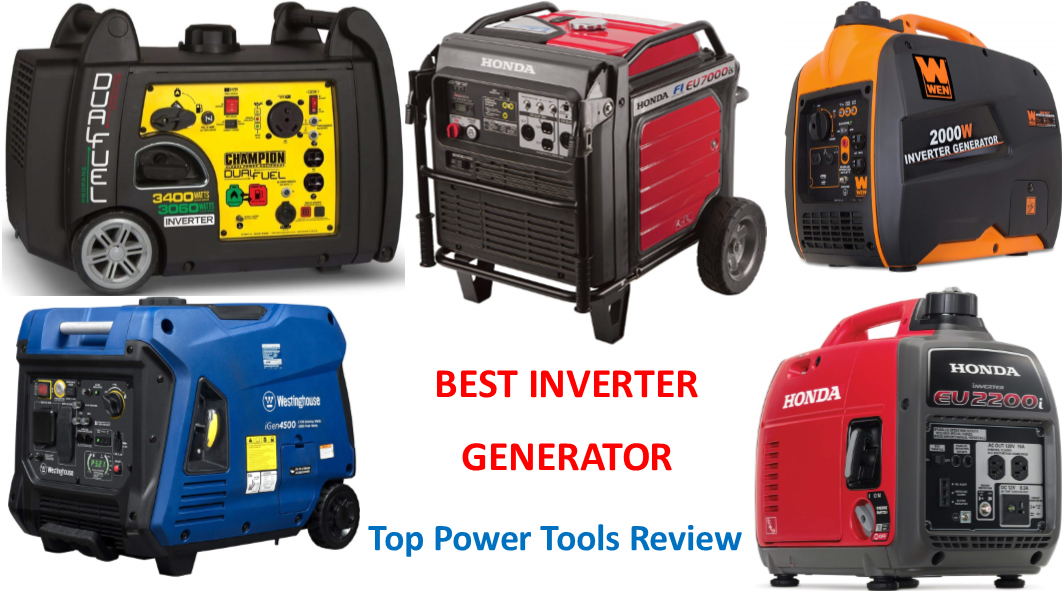