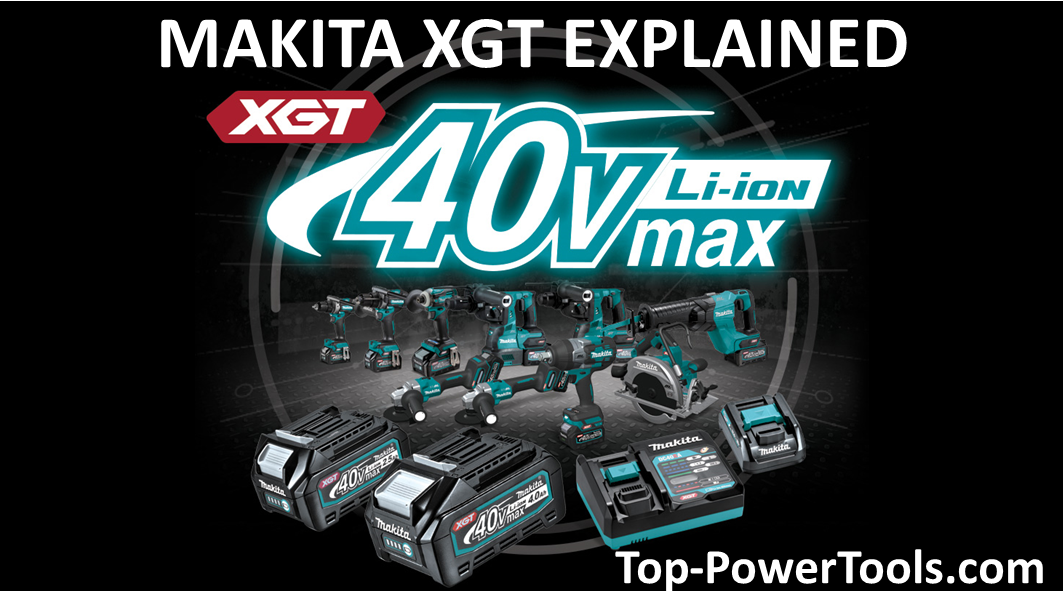 We could call 2021 the year of the Makita XGT invasion. Introduced in 2020, Makita XGT 40V MAX tools really took off in 2021. This meteoric rise has generated a lot of interest amongst power tool enthusiasts. Are Makita 40V XGT tools more powerful than competing brands? Are the 40V XGT batteries really any better than the trusted LXT range? Ultimately, the big question everyone wants answered is: Is Makita XGT worth it?

I’m going to do my best to supply the answers.

Through the course of 2021, we’ve seen the Makita XGT tool series increase to over 50 models. There are many more to come and 2022 promises to yield a bunch more new 40V and 80V Makita XGT tools.

For quite some time, I’ve been thinking that it was time for Makita to move on from their 18V LXT platform. Back in 2005, when Makita launched the LXT range, it was a great revolution in cordless tool technology. At the time, I felt that Makita 18V LXT tools, batteries, and chargers were the best in the world. Many agreed with me.

Not only does Makita have a reputation for impeccable quality, reliability, and die-hard durability, LXT technology was streaks ahead of what other cordless tool manufacturers were doing at that time.

Though, gradually, Makita started to lag behind. DeWalt was quick to respond with their 20V MAX range and the brushless 20V XR tools. Milwaukee also did some amazing things with 20V Fuel and REDLINK technology.

Then DeWalt really knocked it out of the ballpark with their 20V/60V FlexVolt battery, accompanied by some pretty remarkable 60V and 120V cordless tools. The 120V Tools use 2 X 60V batteries to provide extraordinary power for a cordless tool.

Bosch lagged behind for a while but finally came up with the high-output 20V core battery. This was a similar approach to that taken by Milwaukee, developing a battery with a high-amp discharge capacity. DeWalt followed suit and introduced their own high-output 20V battery and a range of new 20V tools, Power Detect and FlexVolt Advantage.

While all the other big brands were making forward strides, Makita kind of rested on their laurels. After all, the LXT series was so successful, why change? The Makita engineers did introduce a few 36V tools, using 2 X 18V LXT batteries. In the end, they were still using 2005 technology and weren’t quite up to the new developments that were happening in the RD departments of the other big players.

The introduction of the 40V XGT battery, and an entirely new line of 40V and 80V tools, was set to disrupt the status quo in a big way.

For those who don’t have such a good understanding of how electricity and batteries work, the differences between 18V, 20V, 40V, 60V, and 120V cordless tools may seem a little bewildering. There is a misconception that more volts mean more power. This is wholly untrue. We only need to look at some of the Milwaukee 20V FUEL tools. These 20V variants are some of the most powerful cordless tools on the market. Clearly, you don’t need to increase the voltage to provide more power.

To explain this, we need to get down to basic electrics 101. There’s a common formula to calculate the ratio between power and voltage: Power = Volts X Amps. The abbreviated equation used by engineers is P=VI. Don’t be confused by the letter I, engineers prefer to use the word impedance instead of amps. It means the same thing and the equation could just well be P=VA.

Putting aside the semantics of it all, let’s take a look at what this means.

The bottom line, when we compare power tools, especially corded vs cordless models, is how much power the tool produces. How many watts do we have at our disposal. When dealing with battery-powered tools the term Unit Watts Out (UWO) has become commonly used. This is simply a new way of calculating wattage because battery power does not remain constant. The power begins to fade as the battery discharges. Basically, we can use UWO in the same way as we always used watts to compare power output between various tools.

Okay, how does the power relate to volts and amps?

The problem with increasing amperage is that more heat is generated at a high amperage. Heat is not good for batteries and makes an electric motor less efficient. On the face of things, it looks like a higher voltage is the way to go. More volts certainly increases basic efficiency and lowers heat transfer.

This still doesn’t explain how Milwaukee, DeWalt, and Bosch have managed to draw extra power from a 20V battery.

This led to lithium-ion battery cells that supply many more amps than previous generation batteries could, making it possible to produce 20V batteries that equal the power of 40V or 60V batteries, simply by allowing it to supply the necessary amps without generating too much heat.

What does this mean for the Makita 40V XGT platform?

Makita decided to go the whole hog. The 40V XGT battery is more powerful than the 18V LXT in every way. Not only has the voltage been increased, but the XGT battery can also supply more amps, efficiently, without overheating. 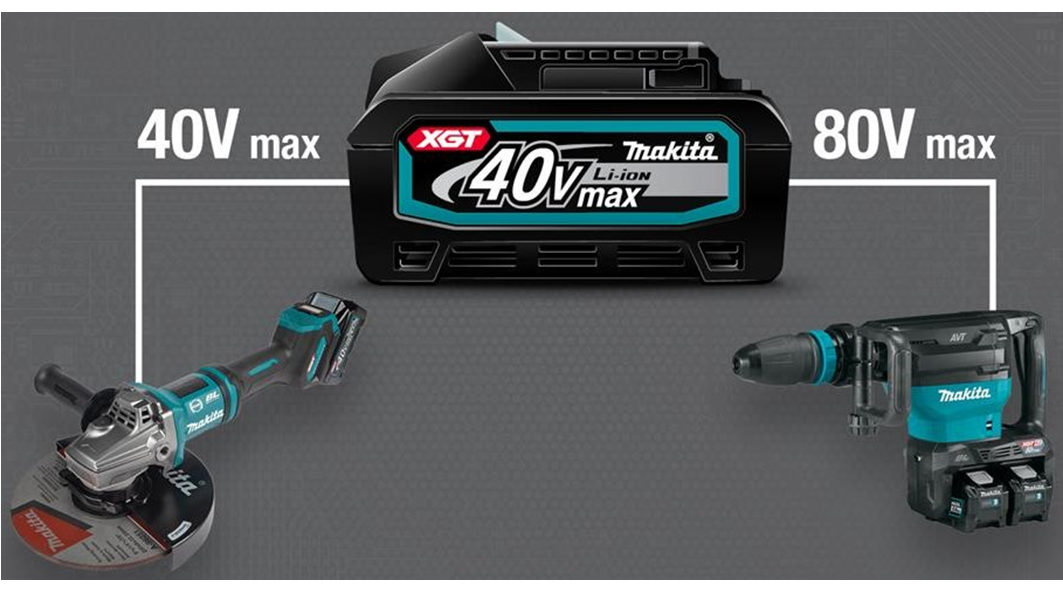 Apart from the advantage of increased voltage and discharge capacity, Makita has upgraded the new XGT battery in many more ways. The LXT batteries were known to be quite tough and used some pretty smart technology to improve charging times, as well as battery safety. Well, XGT has taken all these principles to new heights and then added even more robust engineering.

Makita has done a fantastic job of improving battery durability. The outer casing is even more durable than the almost indestructible LXT batteries. A cavity between this casing and the battery cells protects the cells and electronics from impact.

Tripple layer water and dust insulation are really incredible. This protects the battery from the water and dust that plagues so many jobsites. The electronic system that communicates between the battery and the tool has been improved, Increasing efficiency.

To ensure that the Makita 40V XGT has the best charging times, the new charger is super powerful with thicker contacts and improved cooling for more efficient, faster charging times. 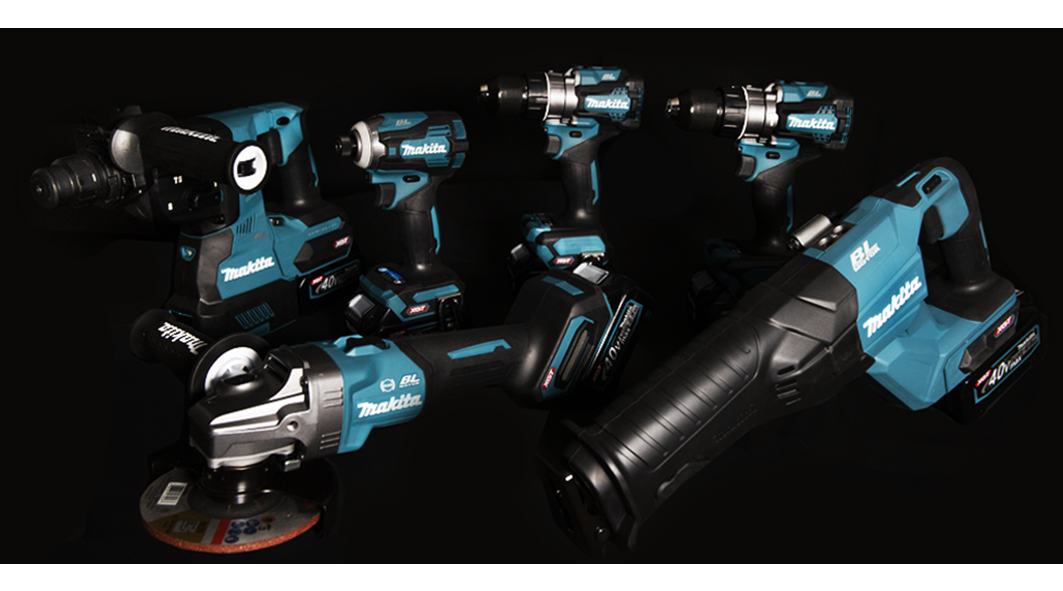 Makita XGT tools have also undergone some extensive reengineering. The brushless motor is now even more powerful and efficient than the previous generation. Using more copper and rare earth magnets, Makita has developed one of the best brushless motors to be used in a cordless tool.

They have also improved the internal electronics. The XGT tool and battery communication chip are better than the LXT system. This makes for greater efficiency and improved working times.

All of this boils down to a much more powerful tool with improved working times. That’s what all the top power tool manufacturers are competing for. Makita has now caught up with the others. In fact, I think Makita has regained the title of the most advanced cordless tool on the market.

Are Makita XGT tools worth it?

Makita LXT tools aren’t exactly cheap. Since the 40V XGT tools, batteries, and chargers are even more expensive, the question becomes are they worth the price tag.

The XGT range was developed primarily for industrial applications and contractors. When time is money and competition is tough, a more efficient, ultra-powerful cordless tool is a major advantage. I know that professionals, prepared to pay top dollar for the best, will be delighted by the Makita XGT range. These are mighty impressive machines, supported by the legendary reputation of a top industrial-grade brand.

For those of us who are more into DIY tools, Makita XGT may be an expensive novelty. The same can be said for many Milwaukee and high-end DeWalt tools. Nonetheless, even amongst the home tool users, there are a few of us who really appreciate quality and great technology.

For all these guys, Makita XGT is most certainly worth it. Conversely, If you’re happy with brands like Craftsman or Black and Decker, I doubt you’d want to pay the kind of prices that XGT tools are going for. 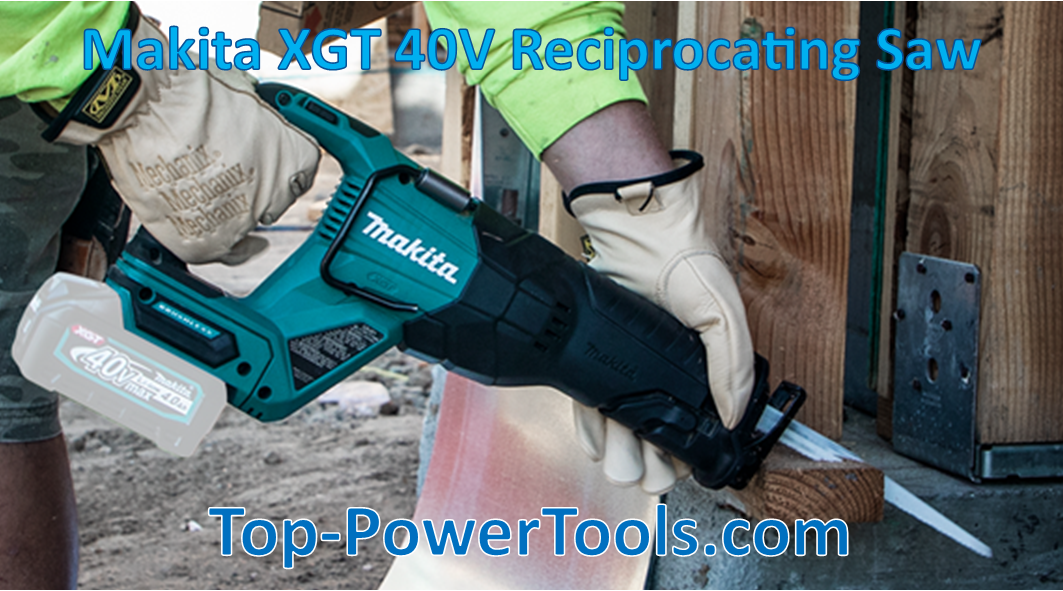 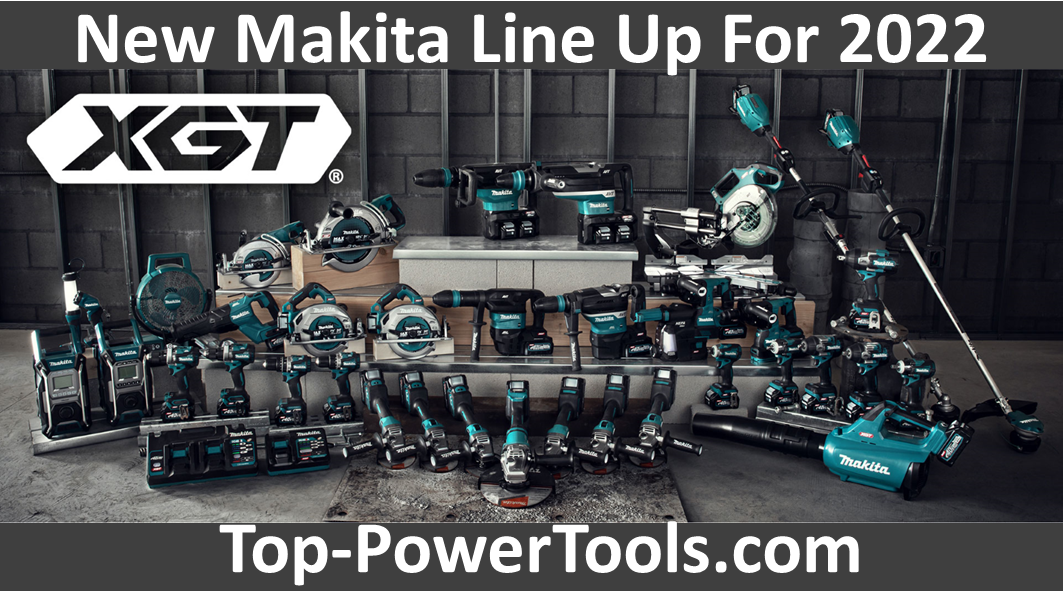 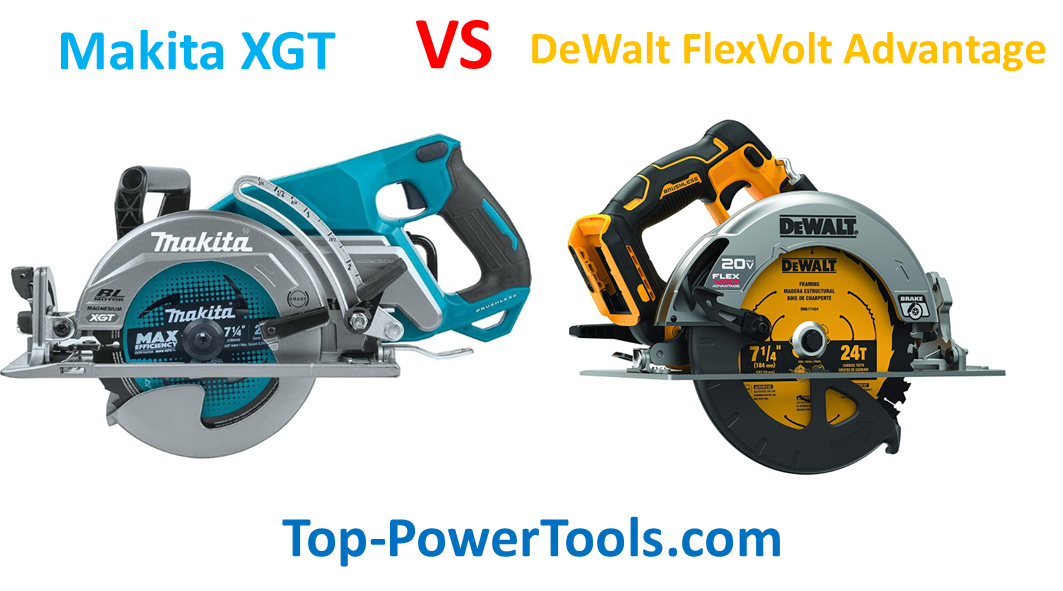 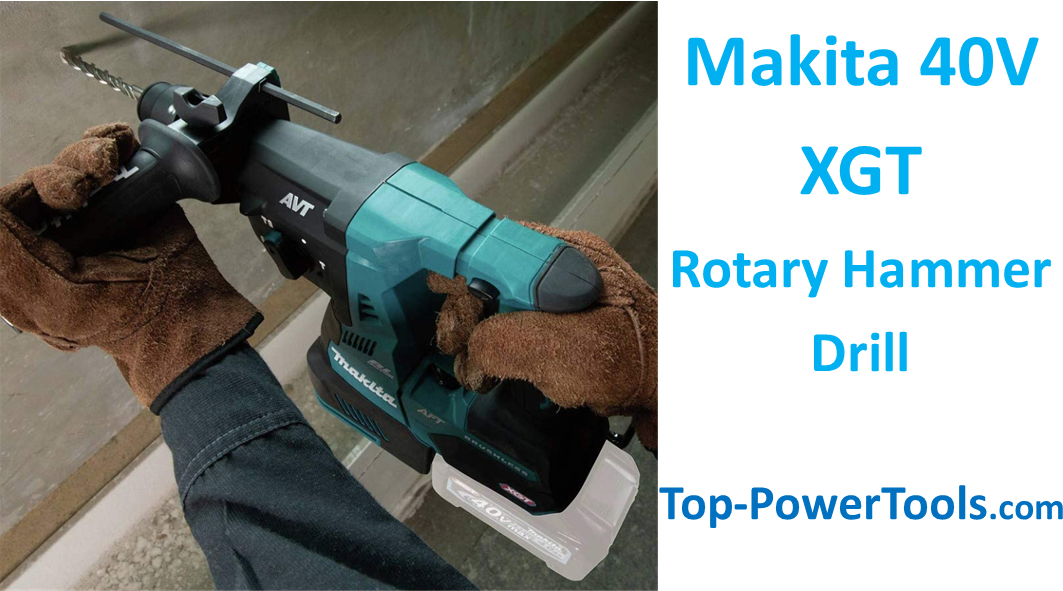